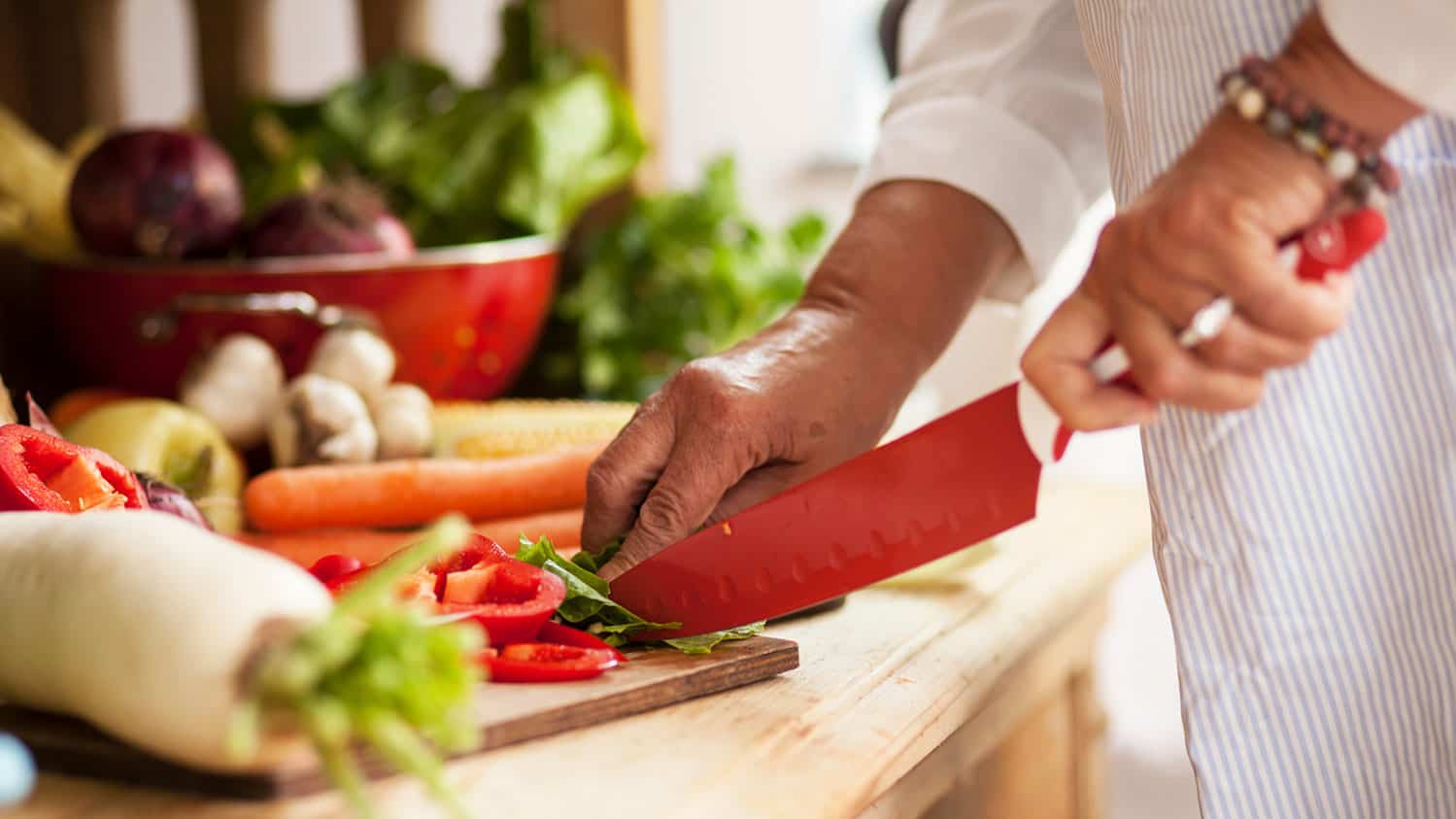 There is an old saying that “women make good cooks, but men make better chefs.” Setting aside the inaccuracy of this statement, it does tell us something important about the way that society looks at the roles of men and women in the kitchen.

Women have traditionally taken on the role of family cook. But they were usually not seen as suitable candidates for the more complex and prestigious job of managing elaborate kitchens in fancy restaurants.

Chefs were also expected to control their staff with an iron fist (and a strong set of lungs) – not exactly traits that are thought of as traditionally “feminine.” “A woman’s place was in the home,” but a professional kitchen for many years was almost exclusively a man’s world.

For example, the Culinary Institute of America, one of America’s most acclaimed culinary schools, states that the “number of enrolled women has been increasing since the school opened in 1946, with its first graduating class having one woman among 50 students. By 1980, 20% of students were female, which rose to 30% by 2000 and 40% by 2006. In 2017, women became the majority at the school, with 51.6% of students.

For decades, women have fought for equality in every aspect of their lives. And it is certainly true that this overall trend towards equality has had an impact in the professional kitchen. At the same time, inspirational female chefs and restaurateurs have shown the world what we are capable of.

They have worked with tenacity and perseverance to thrive and exert influence within a male dominated industry. These female culinary dynamos have applied their unique creativity and style to the art of cooking.

Here are 6 inspirational and famous female chefs who have changed the way we look at cooking. Not everyone is a famous celebrity chef, but I hope that they inspire you to take action in your own life to follow your passion and explore your creativity, no matter what other people say!

Clare Smyth was the head chef at Restaurant Gordon Ramsay from 2012 to 2016 and Britain’s first female chef to run a restaurant with three Michelin stars until she opened her first restaurant, Core, in 2017.

Clare won the Chef of the Year award in 2013 and achieved a perfect score in the 2015 edition of the Good Food Guide. Achieving that position is a great accomplishment in itself. However, Clare’s attitude of perseverance and passion to be successful in a man’s world is what demonstrated her determination to not let her gender limit her success.

She admits that restaurants tend to be “testosterone-driven” but is proud that as a female chef she is tough enough to get things done while adding a more collaborative and “kinder’ feminine touch to cooking in her award winning South Kensington restaurant.

Julia Child was a cooking legend. An American famous female chef, she is best known for popularizing French cuisine among mainstream households in the United States and making gourmet cooking accessible to everyone.

She had a wonderfully flippant and confident attitude, experimenting with food, accepting mistakes, and putting passion ahead of perfection. Julia started her career relatively late at the age of 37, but her towering personality and 6’2” physique positioned her as a unique and much loved female chef.

After becoming a successful food author with her bestselling French cookbooks, she broke into the television world in 1963. Her series, The French Chef, was really the first experiment with a TV “cooking show.”

She was a female chef that changed the way we look at women in the world of cooking – not to mention laid the groundwork for all of the many TV cooking shows that followed over the next several decades. Julia Child was a beloved TV personality and culinary icon that was admired by generations of chefs – men and women alike.

Alice Waters is affectionately known as the inventor of California Cuisine. Like many famous female chefs, she had a love for French cooking techniques but also a passion for fresh, local produce and natural ingredients.

She opened her restaurant, called Chez Panisse, in Berkeley in 1971 and made a unique statement by offering a set five-course, fixed-price menu. The meal was made only from the freshest seasonal and local products that she sourced from a community of farmers and ranchers who provided her with naturally grown, mostly organic foods.

Alice was an inspirational female chef who stayed true to her values of sustainability by incorporating organic and healthy foods into a structured restaurant environment. She led the way for a fresh approach to cooking and launched a trend for organic and locally produced ingredients that has now become mainstream around the world.

When Cristeta Comerford first came to the United States from her home country of the Philippines, she started working as a trainee in an industry she loved and wanted to succeed in, and her first job as a cook in a Chicago hotel led to her amazing success.

In 2005 she was appointed by President Clinton as the first woman, Filipino-American and Asian, ever to be selected as the White House Executive Chef and was a Carnegie Great Immigrants Recipient in 2009.

She brought to the White House her passion for creative healthy eating. Her ability to pull together fantastic menus, her talent as a chef and love of children and community inspired Michelle Obama to ask her to stay on.

On her Facebook page she states her philosophy of life which reinforces her belief that anything is possible if you have a life purpose. She says, “Don’t aspire to make a living, aspire to make a difference.”

London-born cook and food writer Rachel Khoo is a young creative female chef who used her creativity and social media expertise to create a mystique and fascination with cooking. She demonstrated that thinking outside of the box and establishing a unique personal differentiator is the key to success in any profession. She used her Malay-Chinese-Austrian-British heritage to create a collage of creativity in her cooking.

Her love of food preparation took her to Paris where she opened her own restaurant in her personal flat, preparing all of her meals in a tiny space called the Little Paris Kitchen. She put her videos on YouTube and became an overnight success.

Tough French food critics were impressed by her natural and quirky style which goes a long way to creating success in any field. Rachel is an inspirational female chef, who turned cooking into a holistic experience and captured the heart of critics and fans around the world.

Rachael Ray is a television cooking expert who offers daily inspiration and lifestyle advice. She is another example of a female chef who let her personality and passion for life tumble over into her cooking and presentation style.

Again, the secret to making an impact in any industry is having the confidence to bring your own style and experience to the table. Rachael has created a very successful career as an iconic TV personality, author of several bestselling cookbooks and magazine editor.

Her simple, homemade, 30-minute recipes guide women and men around the world to create delicious and healthy family meals. Her creations are designed to be practical, down to earth and cost effective.

She is not a famous celebrity chef who runs a world famous restaurant, but a celebrity food fashionista celebrating the art of down to earth cooking in homes around the world. Perhaps Rachael Ray is the most interesting example of a famous female chef, because she took what was always assumed to be unglamorous “women’s work” (preparing meals at home) and transformed it into a higher-level platform to teach people how to enjoy food.

Do you have a passion for cooking? Are there any other famous female chefs who have inspired you in your life? Do you have a favorite standby recipe?