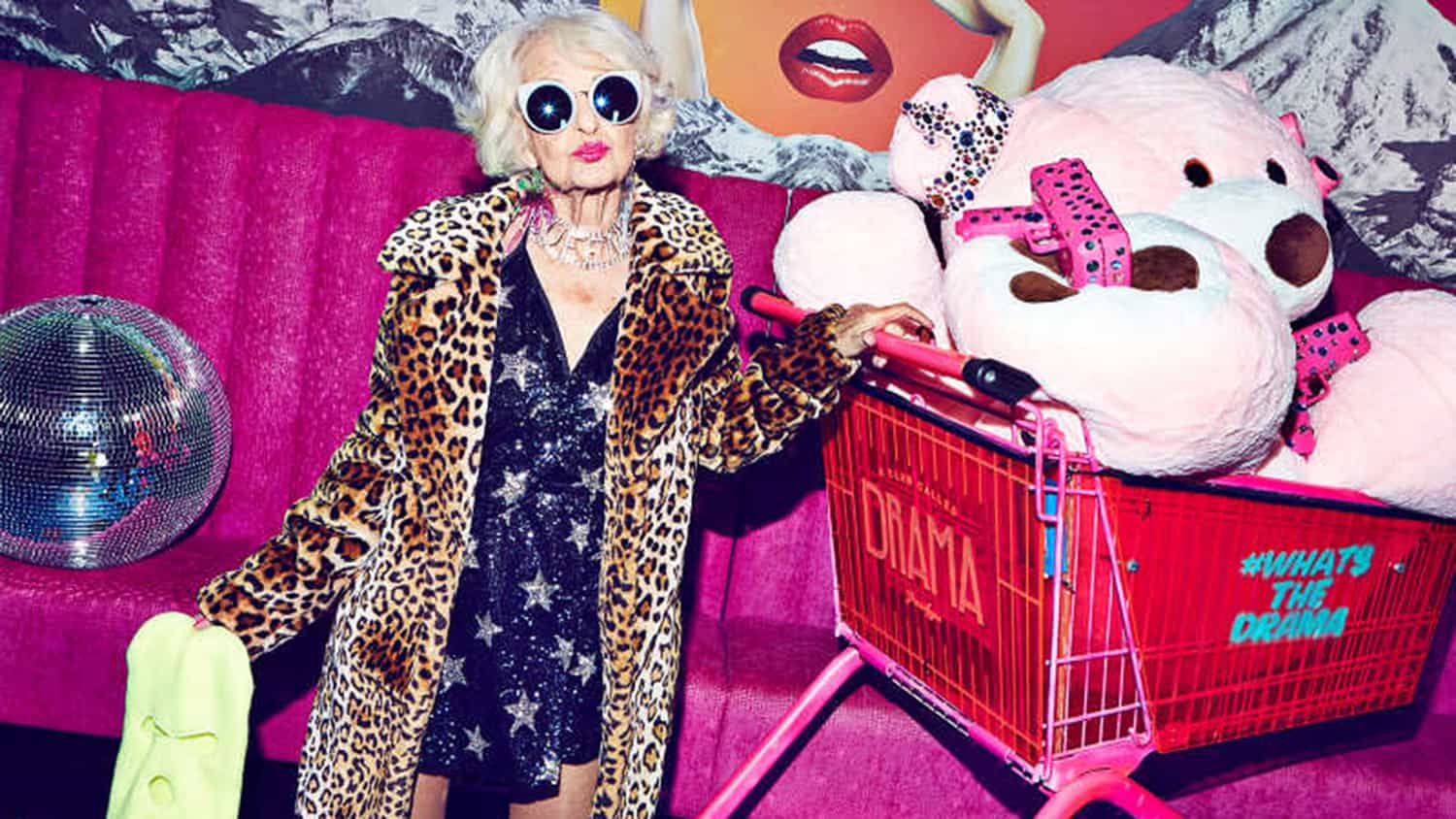 Too often, women over 60 fall victim to the mindset that, as we age, we become invisible. Stereotypes about aging and unfair fashion “rules” can make us feel like what we wear or our personal fashion choices simply don’t matter.

At age 93, Baddie Winkle is fashionably reminding all of us that this is not true! By refusing to accept invisibility, Winkle has become an inspiration for women of all ages.

Winkle’s story will remind you that you’re anything but invisible and that the only real fashion “rule” is that there are no rules! Check out this video and you’ll see what we mean!

After spending most of her life as a factory worker, Winkle became a social media sensation at age 87. By sharing her vibrant and sometimes controversial style with the world via Instagram, she’s attracted fans from around the globe. Not only has she won the hearts of her 3.5 million followers, but she’s garnered attention from big names in the fashion industry like Missguided.

Modeling bold and exciting fashion trends, Winkle is the perfect addition to Missguided’s efforts to celebrate women from a variety of different backgrounds and stages in life.

Baddie participated in a national commercial for Smirnoff ICE Electric Flavors as part of their “Keep It Moving” campaign. She appeared on the Red Carpet at the Netflix promotion for Orange Is the New Black and she attended the 2015 MTV Video Music Awards as a guest of Miley Cyrus. Baddie also helped kick off season two of Nicole Richie’s VH1 show Candidly Nicole.

Fighting against feelings of invisibility or age-related stereotypes can be tough. We need people like Baddie Winkle to inspire and encourage us to have fun and live confidently at any age! Maybe you aren’t crazy about her personal fashion choices, but don’t let that impact how you feel about her zest for life – or how it motivates you to live your life to the fullest.

As a living fashion icon at age 93, Baddie Winkle can help us all remember that life after 60 can truly be anything that you want it to be!

Have you ever felt invisible due to your age? Have you made fashion decisions based on what you felt was age-appropriate? How do you fight invisibility at any age and live fashionably loud? Please join the conversation.