Home Lifestyle How a Surprise Friendship Showed Me that Life After 60 Gives as... 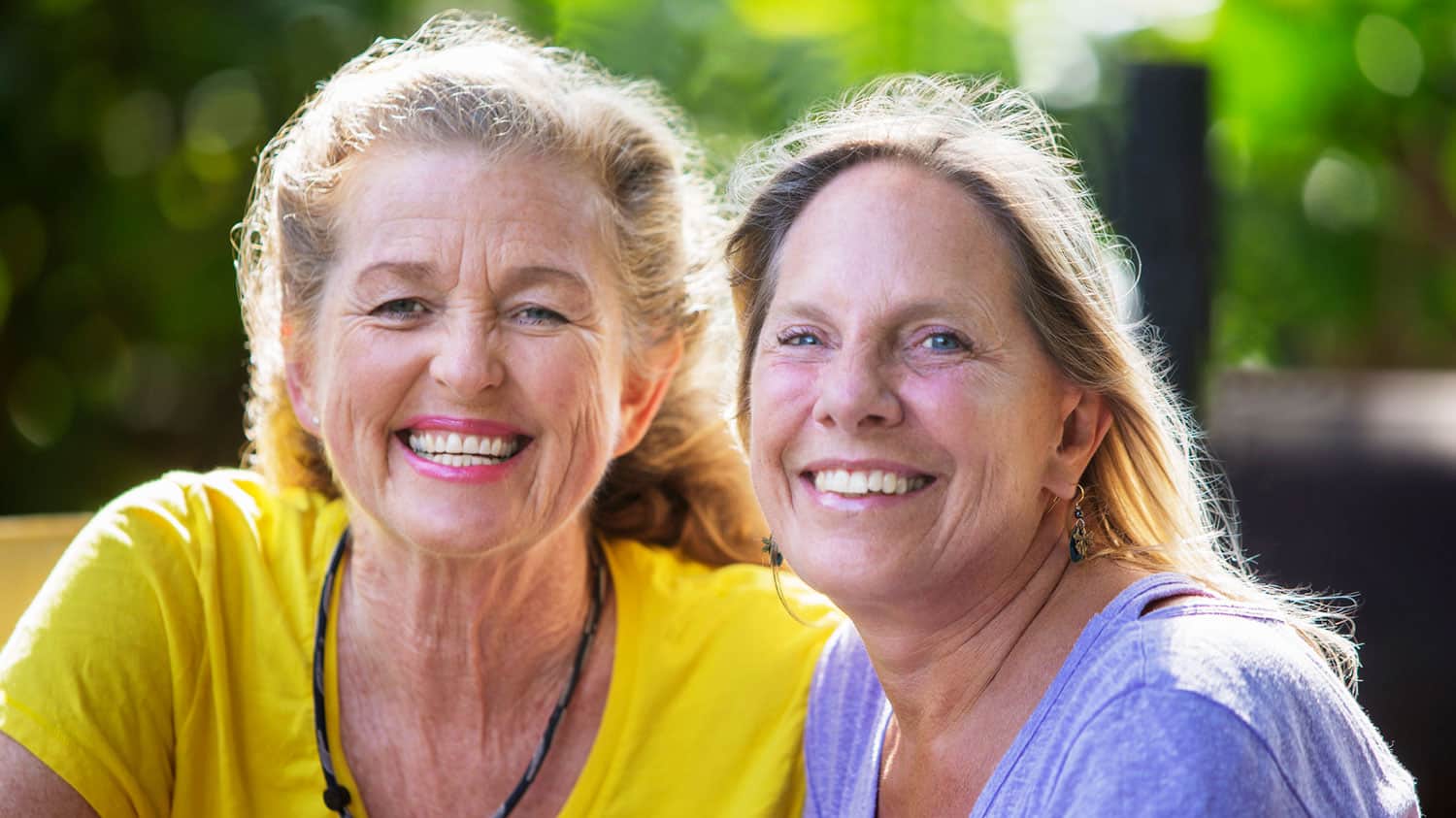 The older I get, the more clearly I see – through my new trifocals – that life really is a give and take proposition, often with equally unsatisfactory results.

For example, life giveth plantar fasciitis and taketh away fashionable footwear. Conversely, life taketh away PMS, but giveth hot flashes instead. It seems almost impossible to score a win in this back and forth motion of life.

The past few years, life has been driving some pretty hard bargains in my world, taking precious friends and family members and leaving heartbreak and loneliness in their place.

Losing loved ones is never easy, but when it happens later in life, the realization that you’ll never again have relationships of such longstanding makes the sense of loss even more profound.

Additionally, the older we get, the harder it often is to make new friends. The places that supplied a ready-made pool of candidates in our younger years – everywhere from discos to PTA meetings – are no longer part of our lives.

I was ready to curse the unbearable cruelty of life, certain that the only way I would ever find joy again was to travel back in time. Then along came Molly, cruising down the 21st century information superhighway and getting off right at my exit.

We connected in an online writer’s group and suddenly, I was giggling again. I was commiserating, crying, and sharing secrets, too, like a 10-year-old at a pajama party. And it felt so wonderful, new and yet familiar, comfortable but exciting.

How, I marveled! Could this woman whom I’d never even met in person feel like a cherished lifelong friend? The kind of person who “gets” me and accepts me as I am? I was on cloud nine, ready to hand over the three-digit security code of my Visa card.

My giddiness over my new friendship spilled out at work, whereupon everyone strongly cautioned me to slow down. Do I not watch Dr. Phil, they asked? The Internet is full of scammers, lunatics, and maniacs just looking for a naïve mark like me, they said.

How do I know the purportedly hilarious and adorable “Molly” isn’t really a convicted axe murderer who has earned computer privileges for good behavior, i.e., downsizing to steak knives, they demanded?

“I guess I’ll have to trust her,” I replied, to a chorus of eye-rolling, forehead-slapping “OMG’s.”

My boss, who has earned a purple heart and two gold stars in online dating, was slightly more sympathetic. She pulled me aside and said soberly, “Look, I’m not saying you’ll end up getting shanked with a shiv – or is it shivved with a shank, whatever – on visiting day at San Quentin, but you need to be careful until you know for sure who you’re dealing with,” she warned. “One word, missy, Gumby.”

She was referring to the guy she’d met online whose photos showed him to be Jon Hamm’s double. However, when she met him in person, he turned out to have no resemblance whatsoever to Jon Hamm. He had no car, no job, and no teeth either. “Not one tooth in his whole head,” – she repeated aloud for days afterward.

So, I agreed to take it one step at a time and not give out too much personal information until I met Molly in person and checked her teeth out myself.

The moment of truth came at a writers’ conference that both of us attended before Covid was even a thing. From the instant we quite literally bumped (some would say smacked) into each other in an enthusiastic greeting in the lobby, we were inseparable.

For three glorious days we walked together, sat together, and ate together. We compared notes on everything from the conference speakers to the dessert choices to the annoying habits of husbands.

We had so much to tell each other and yet at the same time it seemed that the things that really mattered – our hearts, our souls, our characters – were somehow already magically known to each other. We left the conference with our virtual friendship cemented in the real world.

On the plane ride home Saturday night, I looked out the window, watching the blinking lights on the wing cut a path through the darkness. Maybe that’s how the give and take of life works, I thought. Life had given me a fair share of darkness lately, but in a gracious and merciful gesture, it had also provided a light to help guide me through it.

That light was Molly, and I was overcome with gratitude for life’s lovely and unexpected gift to me. And, icing on the cake here, I think she even has all her own teeth!

Have you made a new friend who brought positivity and light into your life during a dark time? Has someone come into your life in your sixties who you feel you have known forever? Have you met someone online who has turned out to be a good friend?