Home Lifestyle How to Have Positive Conversations with Elderly Parents 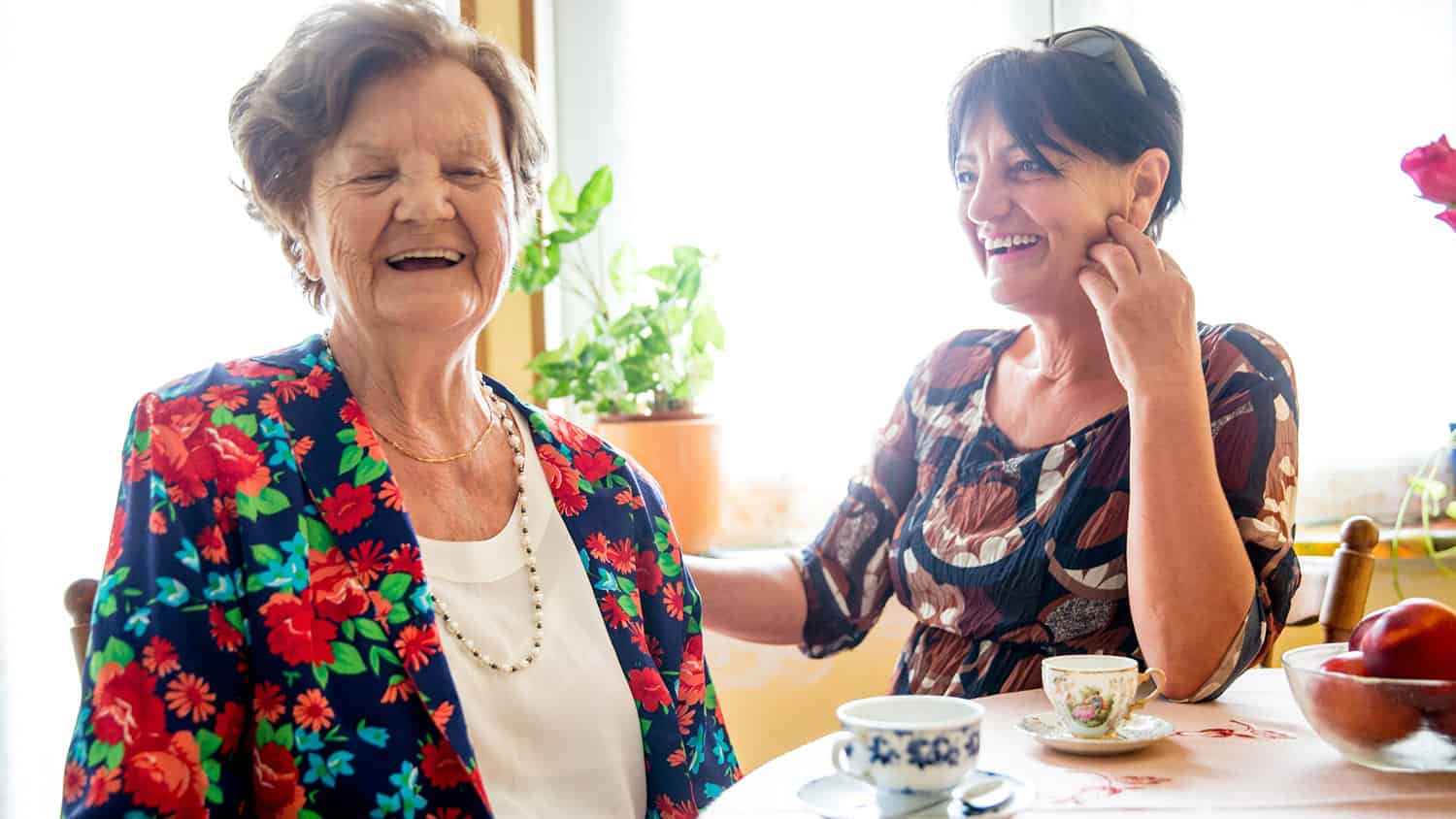 I was recently thinking about the first conversation I had with my mom on how I could pitch in and help her out more. At the time, I wasn’t sure what that meant – and I most certainly didn’t know how to have such an important and serious discussion.

She was showing signs of early dementia, and Dad was exhausted from taking up the slack as she became confused and unsteady. So I ploughed away, naively thinking we could have a meaningful and productive conversation.

I completely disregarded the fact that Mom and I had rarely seen eye to eye on many things. And I didn’t even consider that she was suffering not only with the onset of her disease but with her loss of independence as well.

It did not go well.

My mom became enraged and insisted they needed no help whatsoever – how dare I even make the suggestion? She dug her heels in and refused to listen to any arguments I was making. I, too, became agitated and frustrated and, since I am my mother’s daughter, insisted on not letting it go.

We had a rocky and upsetting few days until my better self realized I should retreat and regroup and approach this another way. It was an important moment, one that would help to frame my understanding about how to talk to my mom from that point on.

I had a long way to go and lots of adjustments to make, but realizing there must be a better way started me off in the right direction.

I found the following three rules extremely helpful when trying to effectively communicate with Mom:

I learned the don’t argue rule pretty quickly. Eventually, I stopped saying “Don’t you remember, Mom?”, since there was absolutely no point in asking such a silly question.

However, my bad habit of correcting people was really hard to let go of. One, because of the one-upmanship I always had with my mom, and two, because I was practically unable to zip my lip when someone had a different opinion than I did.

It took me a while to let go of my need to be right all the time. What was the point of going to war or proving a point with someone I loved and cared about? I realized there was nothing as important as being calm and kind and loving.

I also began to realize that long, drawn-out conversations with Mom were unnecessary and confused her. Simple questions were better and conversations carried on with gentle, loving tones made the experience pleasant rather than intimidating.

When I began to pay attention to what I said to my mom, and how I said it, life as I knew it changed.

While it wasn’t always perfect, the chances of having loving, fun conversations and better communication greatly increased as I learned to listen more and dominate the conversation less. Instead of dreading spending time with Mom, I began to explore ways we could enjoy each other.

Realizing I’d rather be happy than right, soft rather than hard, be able to listen rather than being heard, not only helped me with my mom, but I began to have better conversations with everyone!

Once again, Mom taught me another important life lesson. If you approach any conversation with respect and appreciation, rather than the need to make a point or have the last word, chances are, no matter who you talk to, something important and wonderful will be said and heard.

Conversations with my mom drove home a very important reminder: Listen to your mother!

What have you found works best in having a positive conversation with elderly parents? What do you think are the most important elements of a ‘good conversation’? Please join the discussion below!