Home Lifestyle Is Cosmetic Eye Surgery Worth it for Older Women? Here Are the... 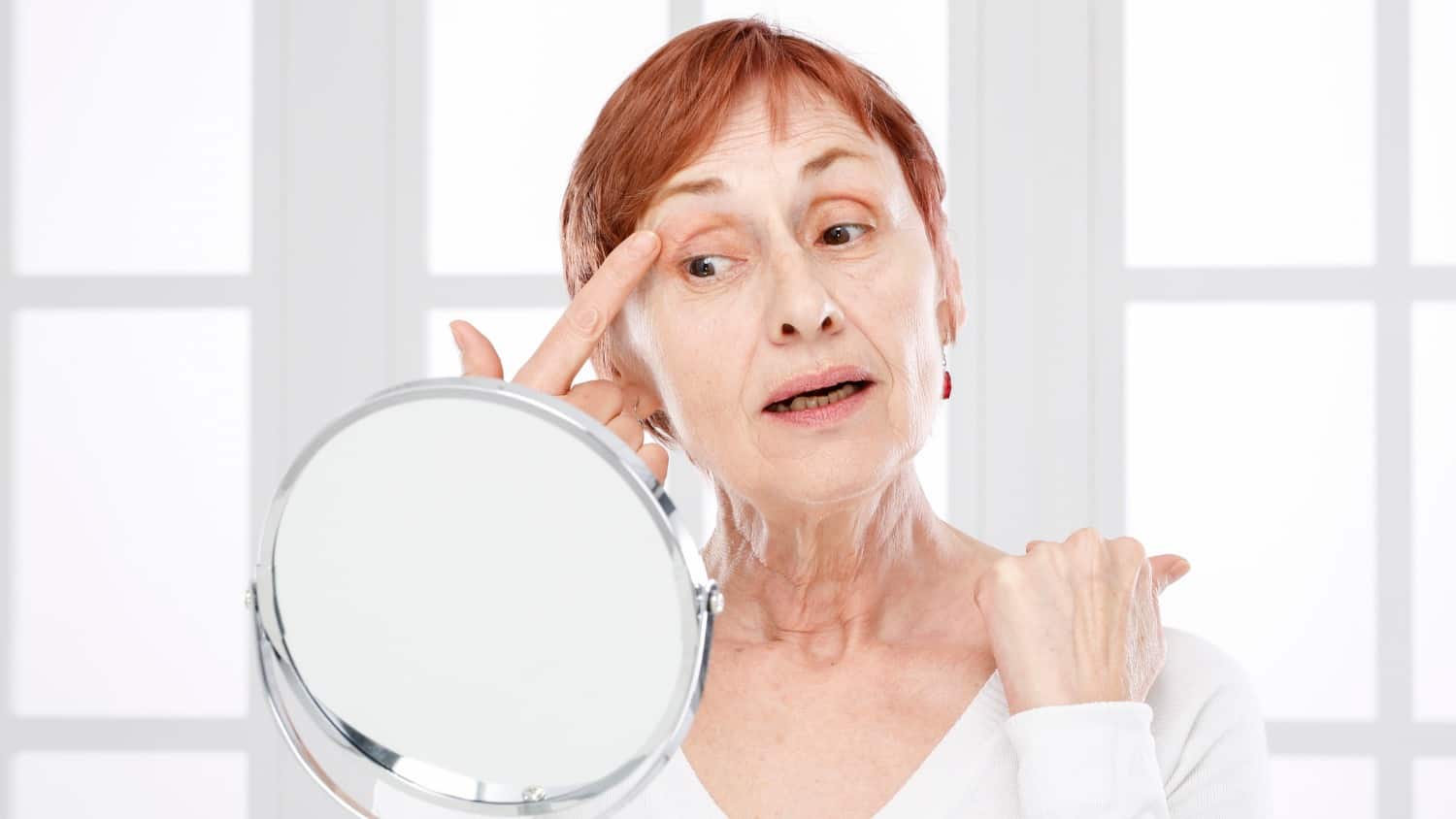 To prepare my friends for my latest news – that my husband had cosmetic surgery on his lower eyelids – I say, “I have something to tell you, and afterward I’ll wait
until you stop laughing.”

But apparently, the joke is on me, because no one laughs. Instead,
the range of reactions is narrow: “Does he like it?” “Did it work?” “Does he
look good?” “Did it hurt?” It leads up to the confession: “I was thinking about
getting some work done myself.”

We’re living in a time when we don’t have to age gracefully. We
can reject the image staring back at us in the mirror, replace yesterday’s
close-up selfie with tomorrow’s more youthful-looking glam shot.

This option appears to be on everyone’s radar when we hit a
certain age, so no longer is it frowned upon or whispered only to close
confidants. We freely share our hope to look as good at age 82 as Jane Fonda,
who seems to have become the poster girl for successfully messing with Mother
Nature.

But there’s a lot to get past:

Medicare is not onboard with our self-proclaimed psychological
urgency to turn back the clock. My husband paid, out of pocket, about $8,500.

Before moving forward, my husband considered all of those
negatives. But there was no contest when he weighed them against the single,
ultimate deciding factor: he really, really wanted a face without eye bags.

“I don’t want to look like a hound dog anymore,” he announced. And
me? Well, I did laugh.

“I can’t believe you’re this vain,” I responded. “You lost your
hair before age 30, and that didn’t bother you. Now at age 69 you can’t live
with this one sign of aging?”

He tried including me – if I
couldn’t beat him, maybe I’d join him? While wisely assuring me that I looked
the same as the day he met me, he reminded me how often I complained about my
low-hanging jowls and loosening neck.

But after a lumpectomy for breast cancer, open-heart surgery for a
valve repair, and wrist surgery triggered by a fall on black ice, I was not
volunteering to hop a gurney into the operating room.

I just don’t care enough about my saggy face to do more than apply
face creams. Plus, the money! No, thanks. But I decided that if his eye bags
bothered him this much, I would support him in this post-midlife crisis.

And I won’t keep you in suspense – it looks
pretty great. The “you look rested” cliché is true. He needed zero pain
medication; he experienced only discomfort from the tape strategically placed
to continue uplifting the eye area for three weeks.

It gets even better. Essentially, he got a twofer – a free liposuction with his eye bag removal. While methods vary,
this surgeon performed the lower eyelid fix by transferring fat from the body’s
midsection into the sunken area below the eyes.

But, because my husband is an avid exerciser, he has barely a
speck of fat anywhere on his body. So, after examining him, the surgeon
informed us that the normally three-hour surgery would take longer, since she
would have to spend time hunting for fat.

I raised my hand to donate my entire spare tummy, but she said his
body would reject it unless we were identical twins. Darn.

The surgery ended up taking five hours, and he emerged with
multiple incisions on his abdomen, hips and thighs, but the spot around his
navel seems to have been the primary fat source. He now has the flattest
stomach ever, and he loves that.

Are you interested? I don’t know about other cosmetic procedures,
but here’s a little Q&A to share what I’ve learned from this eye bag
journey.

Typically, the culprit turns out to be that familiar combo: aging
+ genetics. As we age, our skin loses elasticity and fat padding. On the lower
eyelid, this appears as crinkly, puffy, baggy skin.

Look at photos of your parents at your age – the eyes probably will indicate that one or the other passed
along this unfortunate gene.

There are two methods for restoring youth to the lower eyelid – ironically, one method removes fat, and the other deposits fat.

In a procedure called a blepharoplasty, the surgeon creates an
incision under the lashes or inside the lower lid, removes fat and excess skin
through the incision, and closes the incision with tiny stitches.

In my husband’s case, the surgeon used fat harvested from his
abdomen and thighs to fill out the depleted area below the eye that was
creating the look of eye bags.

If you’re getting a blepharoplasty, you may need only a local
anesthetic. For his fat-transfer procedure, though, my husband was put under
general anesthesia; not even a “twilight” type.

This is usually an outpatient procedure. My husband arrived at
noon, and we left the hospital at about 9 p.m.

Having stitches is inevitable. My husband’s were removed after one
week.

The intensity of pain really varies. “You will be very bruised,”
my husband’s surgeon cautioned him before she began the surgery.

“I’ve had patients tell me, ‘This hurts. It really hurts, like a
truck ran over me.’ Your belly and thighs will hurt, and that usually goes away
in a week or two. Your face will hurt less, but it will be very bruised.”
However, my husband reported only minimal pain.

After about three days, my husband began going outside. At the
one-week point, when his stitches were removed but he still had tape around his
eyes, he’d go out in public wearing sunglasses.

He did not exercise at all for two weeks. Then he gradually built
up to his normal level, resuming intense running training a few weeks before
competing in a 10k run seven weeks after surgery.

Make sure you have a surgeon who is experienced and will show you
patients’ before-and-after photos. Then, if you want a nice, smooth under-eye,
I say go for it!

What would you do to look younger? Would you
do plastic surgery? In which area? Have you considered eye-bag surgery? Do you
think it would be worth it? Please share your thoughts and experiences with our
community.

Disclaimer: This
article is not intended to provide medical advice. Please consult with your
doctor to get specific medical advice for your situation.