Home Lifestyle Is Pollen Allergy One of Your Woes? | Sixty and Me 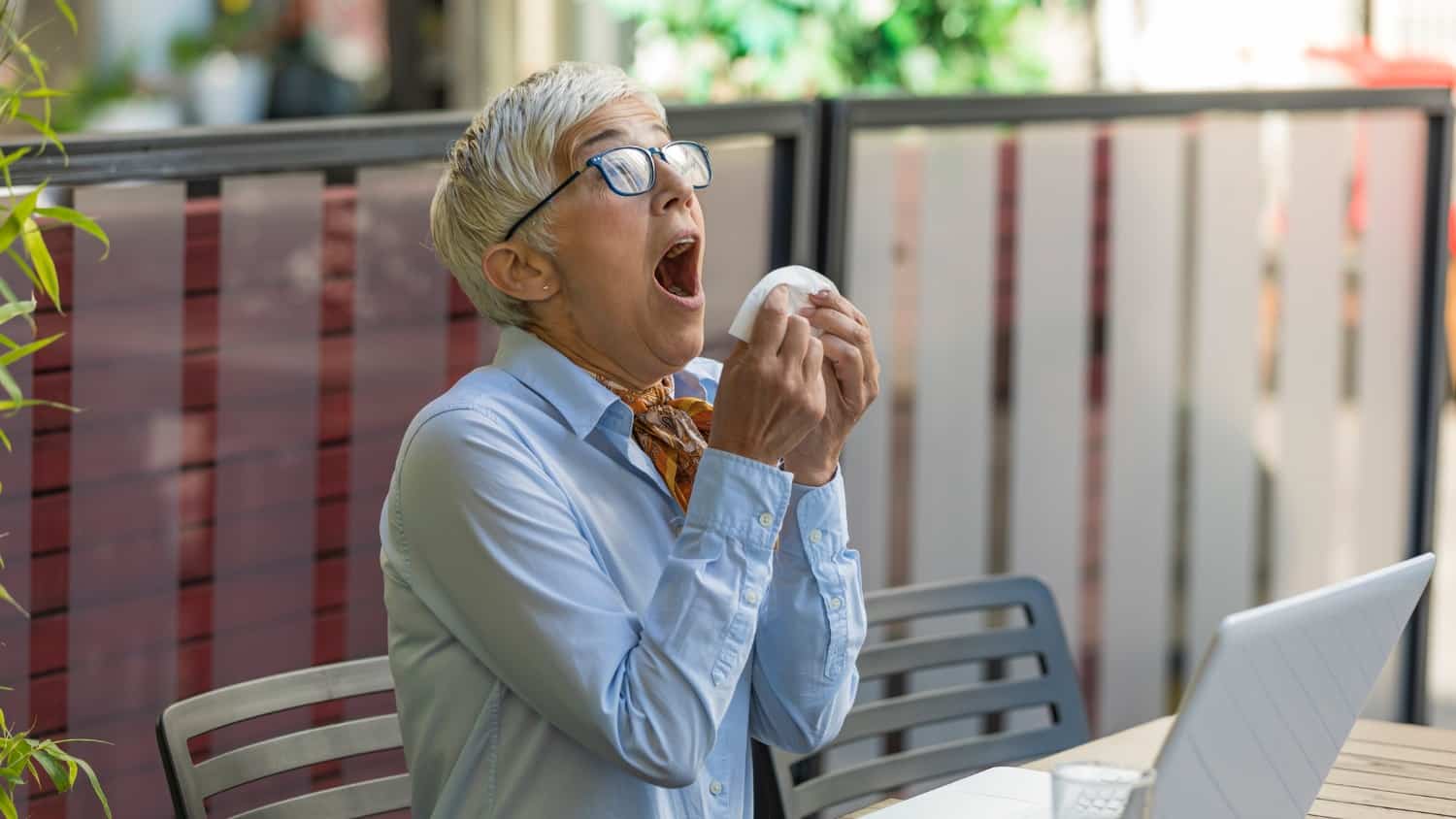 The pollen season is getting longer, and pollen concentrations are increasing according to a report from the National Academy of Sciences (USA). The researchers go on to say that is linked to climate change:

If you already have hay fever, this research indicates it could get worse. It also suggests more people could start to suffer. It’s yet another reason we need to address climate change as a matter of priority.

I used to dread the hay fever season. If possible, I would sit in a darkened room with a large box of tissues, feeling exhausted from the continuous sneezing. My eyes would run and itch. The roof of my mouth would drive me mad with its itchiness.

My breathing would become laboured. When I was with other people, they’d often be amused by how much I sneezed, not realising how distressing and exhausting it is.

I was fortunate to find solutions, so that now I hardly suffer at all. (More about that in a minute.)

People often associate hay fever with the summer or early autumn, but some people get hay fever in spring when trees and some shrubs start to bloom. I used to know when the gorse came into flower half a mile from where I lived, because I would get a runny nose. This happened, even though I hadn’t seen that the gorse had come into flower.

Of course, this is one of the many reasons we should use the term allergic rhinitis rather than hay fever. Many people are not allergic to hay at all.

Some people think they’re allergic to pollen or grass because they sneeze or get a runny nose when cutting grass. Often this is not a pollen allergy. The grass is cut when it is short and before it has had a chance to flower, so there’s hardly any pollen around. It could be pollen protein from the cut stems, but it’s possibly more likely to be a mould allergy.

Mould grows in many lawns at the base of the grass where it’s humid. Cutting the grass throws many mould spores into the air, causing a problem for people who are sensitive to moulds.

The amount of pollen in the air is closely related to the weather. Pollen counts are low on cold rainy days and high on hot dry days. Thunderstorms tend to concentrate pollen particles in a narrow band of air close to ground level. There is also a significant increase in mould spores in the air.

Prevailing winds will also affect the concentration of pollens in an area. Highest pollen counts occur in morning and late afternoon in the plants’ immediate vicinity, but the wind may carry it away to another area.

People often assume that an allergic reaction to flowers usually involves roses and similar plants with large flowers. This is unusual except in keen gardeners and florists. The flowers are large in order to attract pollinating insects that then carry the sticky pollen to another flower.

This means that very little of this pollen is in the air. Smaller flowers tend to be pollinated by the wind. Pollen from these nondescript plants can travel long distances on the air currents and are most likely to be a problem.

It doesn’t seem to make sense that allergic rhinitis is more prevalent in cities than in the countryside. The greater level of diesel fumes is to blame, at least in part. The chemicals in diesel fumes are known to damage the outer membranes of pollens.

This means that when the pollen is breathed in, the pollen proteins are immediately in much closer contact with the delicate membranes in the mouth, nose and lungs than they would be if the pollen had not been damaged in this way.

General high levels of pollution in cities also give the body less resources to combat pollen allergies. Electric cars, anyone?

There are many drug solutions on offer, but many of these have side effects.

There are other ways of dealing with this which work more with the body rather than trying to suppress symptoms.

One of the most important approaches is to look at all the stresses that are on your body. If you eat poorly or don’t get enough sleep, your body already has a load to cope with, so has fewer resources to deal with a potential pollen allergy.

Try adding more fruit and vegetables to your diet. Reduce your intake of fast food. Add legumes (beans and peas). These feed the good bacteria in your gut, supporting your immune system and your digestive health. There will be many benefits other than just reducing your allergy symptoms.

Probiotics have also been found to be helpful for hay fever. Probiotics are more commonly associated with digestive problems, but research has shown that probiotics help to strengthen the immune system and so can be very beneficial for hay fever sufferers. Probiotic drinks are sold with a lot of hype. Better to buy a high-quality probiotic supplement.

If you are particularly sensitive to grasses, reduce your intake of food grains. I found that drastically reducing my intake of wheat led to a surprisingly big reduction in my hay fever symptoms. Some people find the same by reducing their intake of dairy products.

You know sleep is important, but what do you do about it? All the sleep experts are agreed: getting a good night’s sleep starts early in the day. Try to spend some time outside around midday to help your biological clock.

Wind down your activities and dim your lights an hour or so before you sleep. Do a gratitude journal before you sleep. Another strategy which will have lots of other benefits than just reducing your sneezing and discomfort.

You can also try complementary therapies. I personally found homeopathic desensitisation and health kinesiology particularly useful. I also started to eat more healthily, which, of course, gave me lots of other benefits too. Find a therapist who specialises or has lots of experience treating allergy sufferers.

Most importantly don’t just assume nothing can be done to make your allergic rhinitis less of a problem in your life.

Do you suffer from allergic rhinitis? How do you deal with it? Have you been told nothing can be done about it? How often and in which seasons does it get worse? Please share with the community!

Are You Ready for Tentative Travel? Hit the Road! | Sixty and Me

Cooking with Essential Oils and Doing Good | Sixty and Me

How Is Dementia Diagnosed? A Geriatric Doctor Explains – DailyCaring