Home Lifestyle La Bise: The Secret of French Air Kissing | Sixty and Me 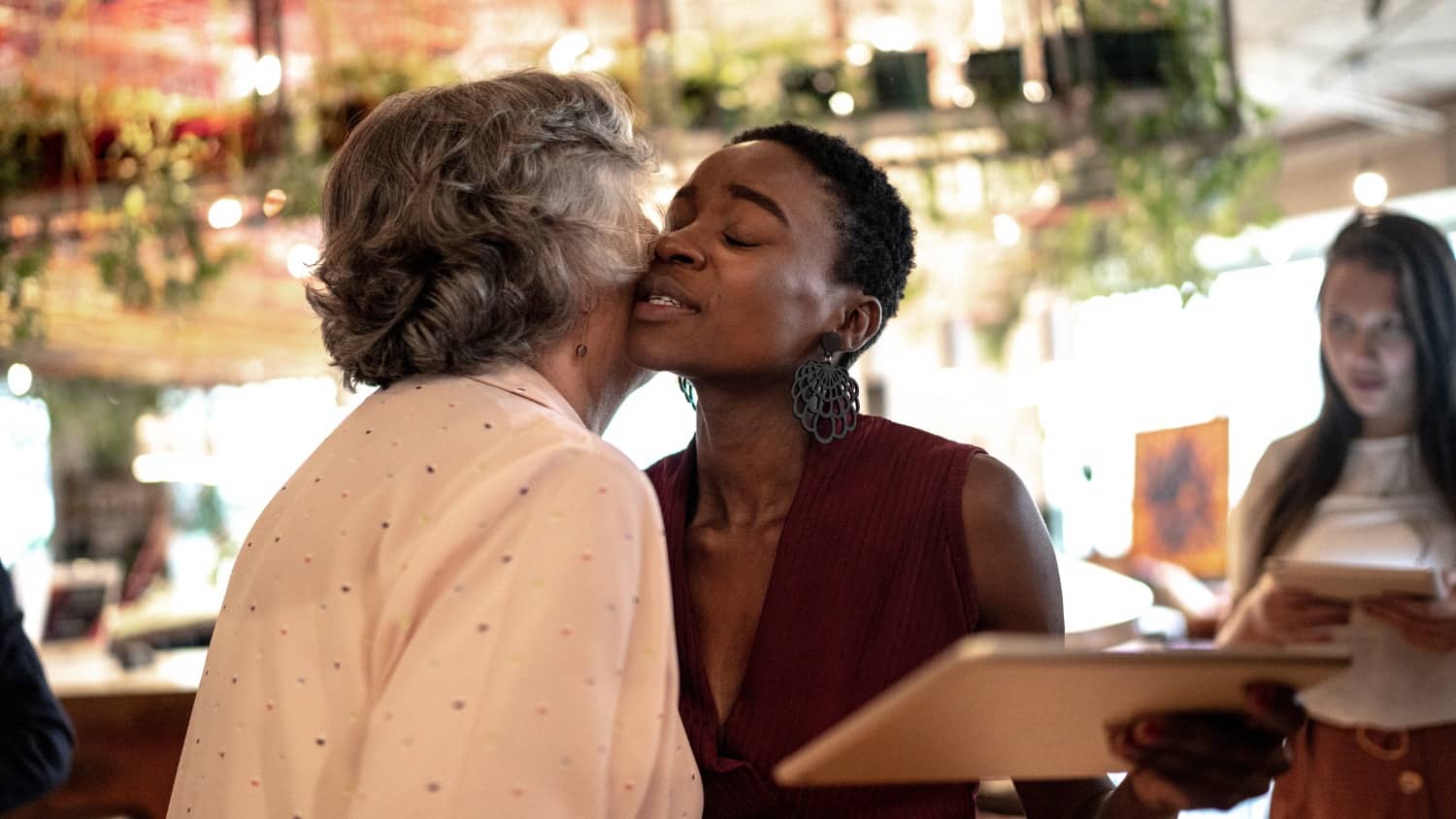 The famous French term “La Bise,” pronounced “la beez” is defined as an exchange of air kisses on each cheek. This greeting may be practiced on each side of the cheek, one or two times, and sometimes as many as four times per cheek, depending on where you live in France.

La Bise is defined as the traditional method of greeting people in France, and is the equivalent of a handshake, a wave, or a hug in the U.S.

Air kissing is serious business in France, and many people engage in La Bise several times a day with family, close friends, and in certain situations, with colleagues. Of course, you want to make sure you’re familiar with the proper etiquette in your work environment.

These air kisses may seem strange to some Americans, and perhaps, even a bit uncomfortable for first-time La Bise encounters. Let’s try to understand where and when this custom started in France.

As is often the case in France, many customs started with the Romans, and likewise, with La Bise. We know that the Romans had three different kinds of kisses: romantic, religious, and greeting kisses.

Greeting kisses were called “Basium,” the root word for kiss. Today, we use the abbreviated term “La Bise.” The practice predated the Middle Ages, but fell out of vogue during the Black Plague, and once again in the 19th century, when strong, Puritan-like beliefs spread across Europe.

Let’s jump all the way to the 1960s, when we see a strong return in France of La Bise, coinciding with the “free love” movement in the United States. The resurgence of La Bise continued until recently, when it came to a halt, as a result of the spread of the coronavirus in France.

Often, two men who are not relatives or extremely close friends (they may even be coworkers) will not be seen engaging in “Faire La Bise,” or air kissing. Some men won’t even air kiss with family members, choosing instead to shake hands.

Women, on the other hand, are quite a different story. Women are frequently expected to exchange “cheek to cheek” greetings with people of both sexes. A controversy occurred in the 21st-century workplace, as some women objected to giving La Bise.

Today, many women feel La Bise is an unwanted symbol of inequality between men and women, and choose just to give a smile and move on.

Today, we are uncertain how the current pandemic will influence the art of “air kissing.” Will it come back as health restrictions are relaxed? The future will tell, and perhaps, individuals will decide on their own how they choose to greet people. But if you decide you’d like to try the proper way to La Bise, here’s the recipe:

2. Step slightly forward, but not too close, to avoid invading one’s personal space.

3. Prepare to kiss with puckered lips.

4. Lightly touch cheek to cheek – which cheek first depends on where you are in France. Typically, it’s the left cheek first, followed by the right.

5. Don’t forget to make a kissing sound when you “cheek to cheek.”

So what if you make a mistake the first time you La Bise? No worries. As the French say, “C’est pas grave,” which means it’s not serious. The important thing is that you gave it your best effort.

The practice of trying La Bise is simply a way to show respect to the French people and their customs. Giving it your best “college try” will go a long way. Keep on practicing, and I’m confident you will quickly master the art of La Bise!

Have you been to France? Were you curious about La Bise? Have you practiced it yourself with the locals? What was the experience like? Can you share any La Bise stories? Please do in the comments below!