Home Lifestyle Outtasight or Out of Sight? How to Wear an Invisibility Cloak |... 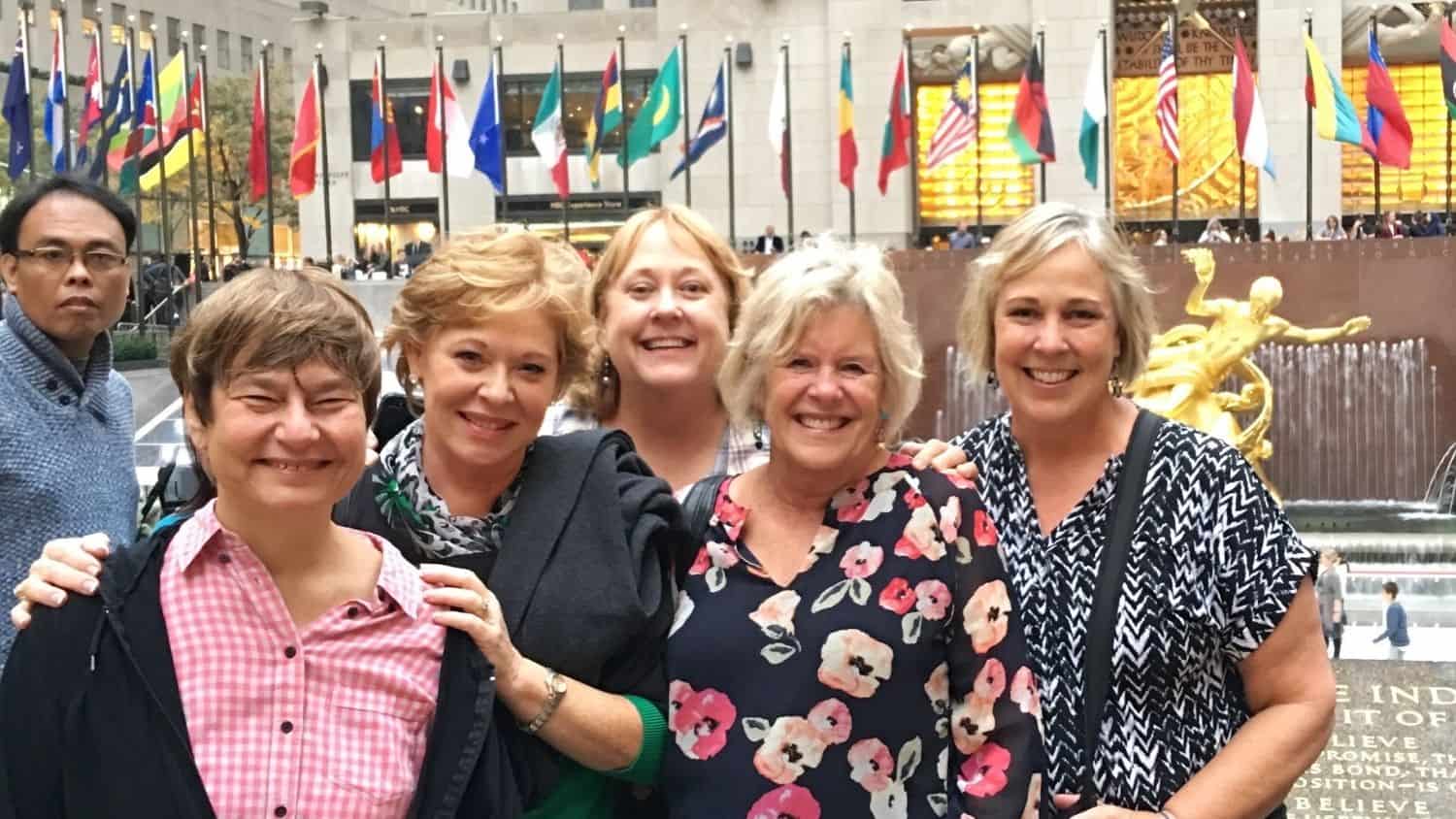 Remember the 60s? The 1960s that is, when “outtasight” referenced something cool and hip? In the 60s that “something” could have been a Baby Boomer teen girl. Well now, those 40 million Baby Boomer women are well into their seventh decade and hip and cool are rarely words used to characterize these sexagenarians.

At 67, I most assuredly fall into this age demographic and a recent travel experience convinced me Baby Boomer teen girls (now women) have gone from being outtasight to just plain “out of sight.”

A weekend trip to New York City with four other similarly aged moms caused me to ponder the societal status of Lady Boomers. On one hand, Baby Boomer women are nearly 40 million strong and enjoy much focus from the media, marketers, and merchants.

On the other hand, Baby Boomer women tend to be invisible. I realize I’m not the first to say this, but being in hip, cool NYC brought this fact into full relief for me.

Now, let me be quick to point out I was the oldest among our group that consisted of a retired lawyer, television anchor, pharmacist, and practicing lawyer. However, for the sake of this story, I’m lumping our 58- to 66-year-old selves into this same age cohort.

The first clue I had about our invisibility status was at a standup comedy club, Caroline’s, On Broadway. Our table virtually abutted the stage, and thus became a convenient part of the show, and the butt of many jokes.

According to the young male comics, the five of us shared the same hairstyle – “Just like Hillary’s!” (as in Hillary Clinton). First, I would love to have Hillary’s hair or at least her stylist at my disposal. Not one of the five of us believed our hairstyles resembled each other’s.

The (not funny to us) comedians pointed out the obvious that we were well beyond child-bearing years (quite true, and thank goodness, but a stinging indictment nevertheless).

There were other clues pointing to our Casper the Ghost status, i.e., cab drivers ignoring our hails and ticket takers our stubs. Now, I realize we were visiting a fast-paced urban city but more than once a fast-paced professional crashed into one of us, reacting with irritated surprise that we were even occupying sidewalk real estate in front of him.

But… there were and are advantages. Our age and various infirmities enabled us to jump the queue in the 45-minute line to enter the 9/11 museum, a big help escaping the icy wind and rain. We always had a seat on the subway.

Melissa Swann’s 31-year tenure as an anchor on the CBS affiliate in Louisville, Kentucky, enabled us to get a tour of the control room and set of the CBS Morning News show, meeting co-anchor, Gayle King and her guest star, former Superwoman, Linda Evans. (Now that was affirming as the now 77-year-old former superhero looks great and has an irreverent sense of humor.)

Since we are of a certain age, we have connections, which enabled us to get backstage access to a Broadway play owing to a daughter’s relationship with the female lead. But, by far, my favorite line of the weekend regarding the freedom afforded us by our invisibility was uttered by one of my travel companions:

“We could smoke a bong on Fifth Avenue and the police would assume someone else was blowing smoke in our faces.”

Not that we tested this theory, but we rolled on the floor of our suite (yet another advantage of our age – disposable income) howling at the veracity of this statement.

I guess while our sex appeal may have waned, the camaraderie and shared understanding of our age plight with others similarly situated is, let’s say it together, priceless!

When was the last time you felt invisible? What was the experience like? Do you think there are advantages to being over 60? Which ones do you make use of the most? Please share below!