Home Lifestyle Regaining Memories After Divorce, One Song at a Time | Sixty and... 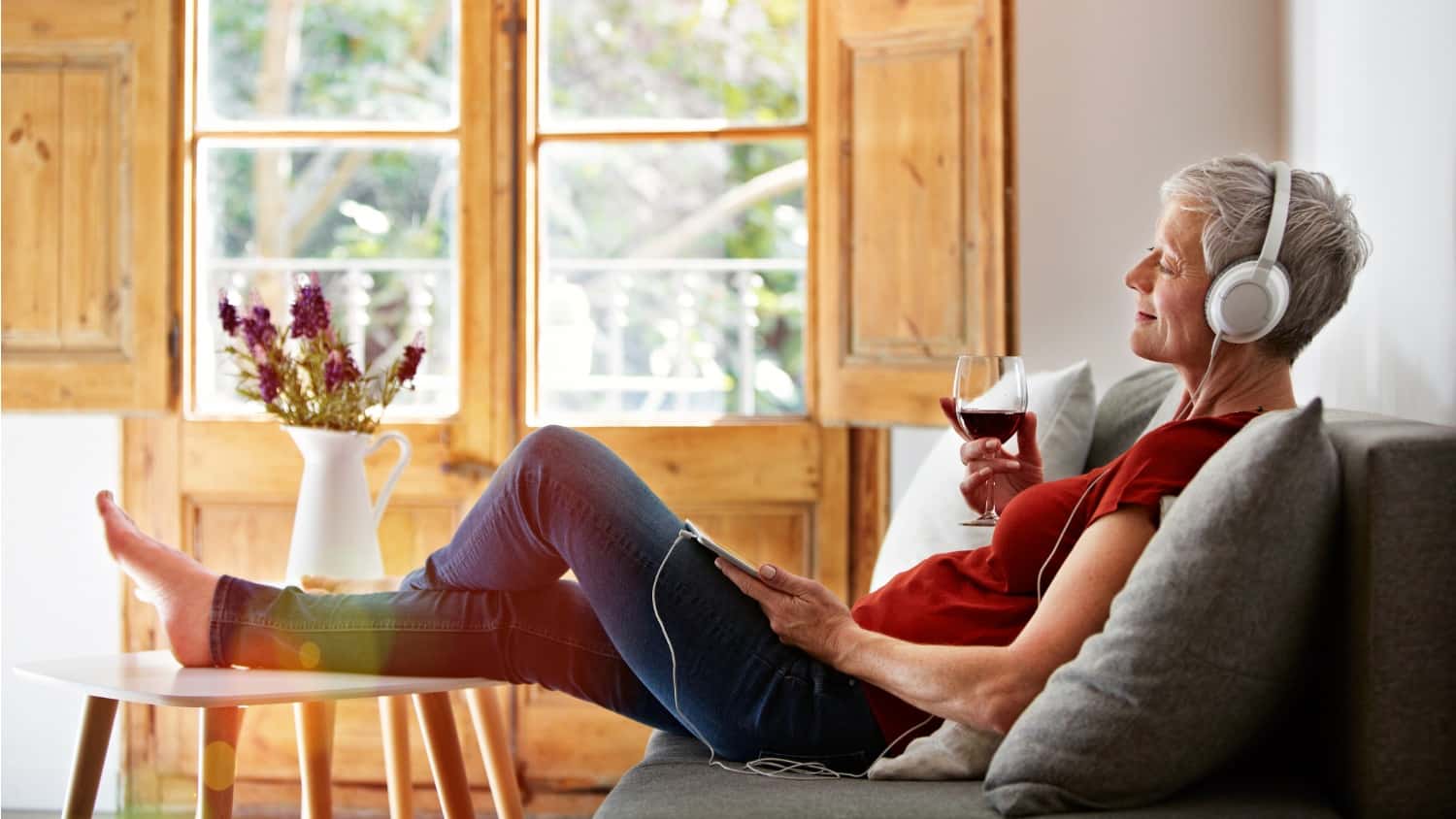 Divorcing after a long marriage is difficult, made even more so when the divorce is ugly, and you are left feeling not only disrespected but erased. I know, no one can MAKE you feel any one way. Your feelings are your own. And, in theory, I agree with that. In practice, it is harder to realize.

So, what to do with a lifetime of memories when I was now questioning if any of them were genuine? I got help from some wonderful therapists and women’s support groups and built a new life for myself.

I even wrote a book, Post-Divorce Bliss: Ending Us and Finding Me, to help other women travel the path with more ease. My best way forward was to feel it all, heal what I could, and move on. I did that. My life is rich in friendships, travel, and learning.

One area remained problematic. I love music and so many songs from our dating years and marriage triggered memories with him. I would see my couple friends laughing and sharing “remember when’s” about music but all I felt was loneliness and resentment that the one person who was also there had no desire whatsoever to share any memories with me.

So, I embraced current pop music. Turns out I love it! Arianna Grande, Taylor Swift, Jason Derulo, Shawn Mendes, Justin Bieber… love them all! I also gained a deep appreciation for hip hop when I started attending Zumba classes that used hip hop music rather than the more traditional Zumba music.

FYI, I am 70, and my friends’ grandchildren are often surprised when I not only like their music but recognize the artists.

I attend classes of a Life-Long Learning program at a local college. Some of the most popular seminars are music based. Topics range from 50s’ rock and roll to Paul Simon to Doo Wop to Bob Dylan and the Beatles.

At first, I could not tolerate any of them. Too many painful connections. There were couples in the classes, holding hands and making eye contact over songs particularly memorable for them. Plus, everyone would sing along, and I couldn’t because the memories choked me up.

In the first seminar, I would only stay for the first hour of the two-hour class. But this music was important to me, so I persisted. Gradually, I could do a whole session and then continued to sign up for music classes and enjoy them.

Once I was comfortable in the seminars, I developed some strategies to reclaim the songs that were hardest to hear.

Journal About the Song

First, I would take some time to listen to the song closely and record all the difficult feelings that arise. Get them all down, no judgment, just release. I then take the next step and burn that writing, sending it up in smoke. Those feelings no longer serve me.

For example, “Wait Till the Midnight Hour” by Wilson Pickett was always the last song played at the monthly summer dances during high school. Those evenings were magical. The dance was invitation only and held in an open-air pavilion. This song was always the last of the night and played just before midnight.

After this dance the lights would come up, and we’d say our good nights. My ex had his mother’s convertible for dance nights, and we’d ride home in the mountain air under a star filled sky, pleasantly tired from a night of dance. I would nestle as close to him as possible, laying my head on his shoulder and soaking up the moment.

Now when I hear that song, I recall all of my friends at the dance. I deliberately focus on what they are doing now. I embrace the beauty of those long-ago friendships. I also dance to this song as often as possible. I remember what it felt like to move my 16-year-old body with ease and flexibility. Then I am grateful that I am still dancing, still finding joy in movement.

I organize these in different ways. Some are by time: high school years, college, early marriage, career paths, parenthood. Others are by theme: new love, innocence, betrayal, divorce, starting over. My third choice for playlists is by purpose: dance music, easy listening, inspiration, empowerment. I choose the music rather than the music just surfacing. I match it to my mood and needs, and that is empowering.

Now, two of the eight available buttons in my car are programed to oldies stations. One is a local edition of a national oldies site and plays mostly mainstream hits from the 60s on. The second is a local station with a narrow bandwidth. It is staffed by volunteer DJs, several of whom I know from my Life-Long Learning seminars.

This station shares music starting from the 50s, and as the DJs make their own playlists, the songs are very idiosyncratic. They share background stories about the bands and production and include lesser-known songs as well as hits.

If you have been through divorce, how did you gain back your music-related memories? How did you create new ones? If music wasn’t central to your marriage, what was, and how did you reclaim it for yourself post-divorce? Please share your helpful tips with the community!