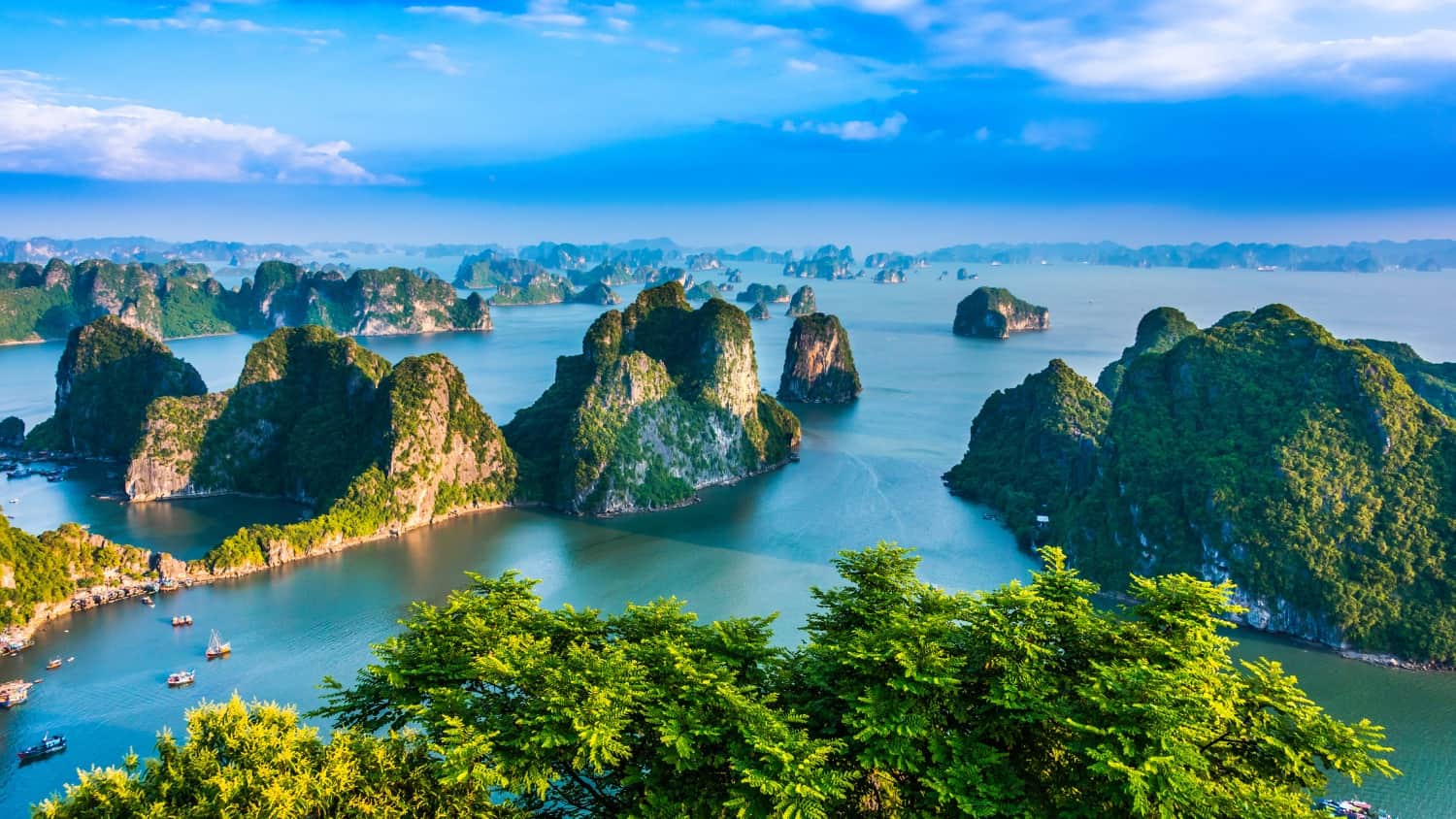 Ha Long Bay, north of Hanoi in Vietnam’s Quang Ninh Province, is one of the country’s popular tourist attractions and also one of the new Seven Wonders of the World.

The area abounds in beauty with its crystal blue waters and up to 2000 limestone islets. One of UNESCO’s World Heritage sites, Ha Long Bay covers the vast 1553 sq km.

Some of the islands have unusual names due to their shape – Man’s Head Island, Fighting Cocks Island, Wallowing Buffalo Island, Wading Ox Island and more.

Legend states that as Vietnam developed as a country, invaders from nearby countries fought the Vietnamese to gain control. The Jade Emperor, the ruler at that time, called the Gods to assist in defeating the enemy.

A family of dragons were sent from the Gods to defend the country from these invaders and to protect its people. From the mouths of the dragons, jewels spewed out and were formed into islets, these islets then formed a great wall to protect the Vietnamese from the invaders.

After such a successful defeat the dragons made the area their home. Ha Long Bay was named after the Mother Dragon who had first arrived there, and her children settled in Bach Long, which means the tail of the dragon. The dragons taught the local people how to plant crops and raise cattle and how to protect themselves in future.

In 1898, Lagredin, a French Sub Lieutenant, sailed the waters of Ha Long Bay and reported a sighting of a huge sea snake that looked like a dragon. The report of this sighting appeared in the Hai Phong News.

Ha Long Bay is 170 km from Hanoi the capital of Vietnam. The journey can take between 2 – 3.5 hours depending on the traffic.

Cruises on Ha Long Bay vary from 1 day to 3 days. Two-night cruises will have you experiencing stunning sunsets and sunrises, visits to a Pearl Farm, caves, lookouts and kayaking around the bay. Most cruise ships also offer tai chi classes at sunrise as well as a cooking class in the afternoon.

November and March are the months to avoid. During summer there are often cancellations due to tropical storms.

Have you been to Vietnam? Is Ha Long Bay on your bucket list? What do you know about this magnificent place? Do you think there is a grain of truth in local legends? What legends have you heard about your town? Please share below!