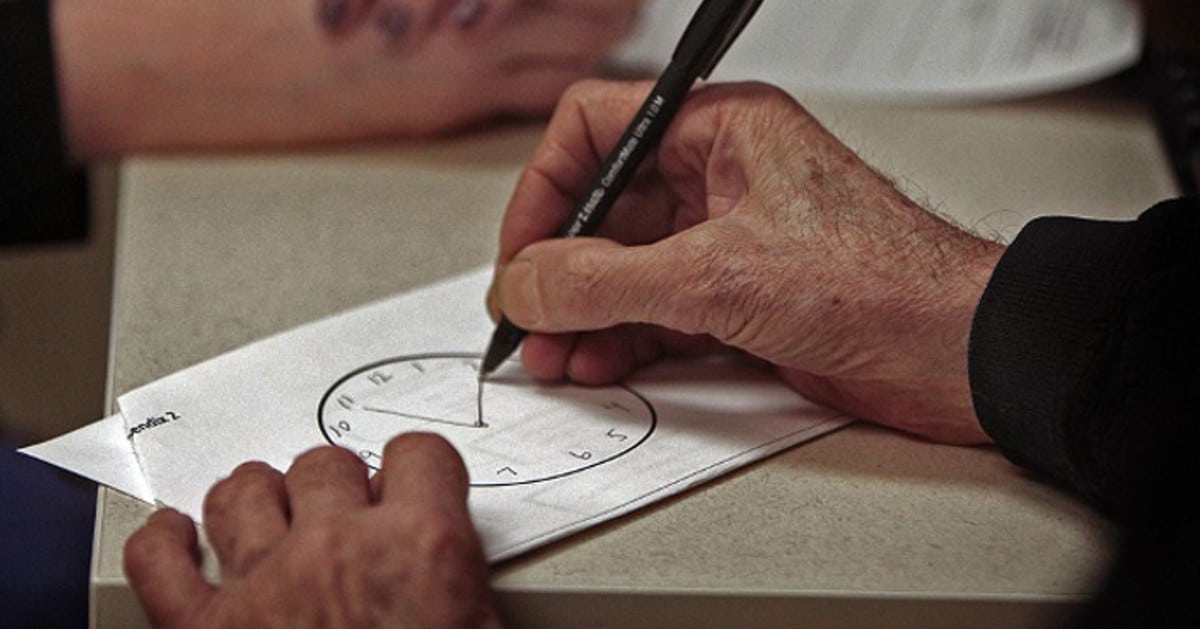 If you’re concerned because you think your older adult might be showing signs of dementia, the first step is to visit their primary doctor for a full check-up.

If there aren’t any obvious causes of dementia-like symptoms, like a urinary tract infection or other treatable health condition, many doctors use a test called the Mini Mental Status Exam (MMSE) to screen for possible cognitive issues.

We explain how the MMSE works, why it can’t be used alone for a dementia diagnosis, and what to watch out for at memory test events.

The MMSE is commonly used because it only takes 5 – 10 minutes and doctors or nurses don’t need any equipment or special training.

The test has 30 questions that are each worth 1 point. These questions test memory, orientation, and math skills.

The MMSE includes questions that measure:

The grading scale is:

If someone gets a score in the 0 to 20 range, it can indicate cognitive issues. But it doesn’t mean that they have dementia.

What it does mean is that more physical and cognitive testing should be done to better understand what’s causing the cognitive issues.

The MMSE alone can’t be used for a dementia diagnosis

No matter what they score on the Mini Mental Status Exam, don’t consider those results to be the final answer.

Many factors can influence someone’s MMSE score, both positively and negatively. This is only one of many dementia diagnosis tools.

The MMSE is a useful screening tool, but can’t be used to diagnose dementia because there are many factors that could affect the test results.

You may see memory screenings offered at shopping malls or health fairs.

Experts recommend avoiding those tests, even if they use the MMSE.

Taking a quick test like these without a full medical evaluation isn’t an effective dementia screening and is more likely to cause unnecessary fear and worry.

On inspiring, mentoring and being role models for the next generation of women athletes