Home Lifestyle What Is Skip-Gen Travel and Why Is It Trending? 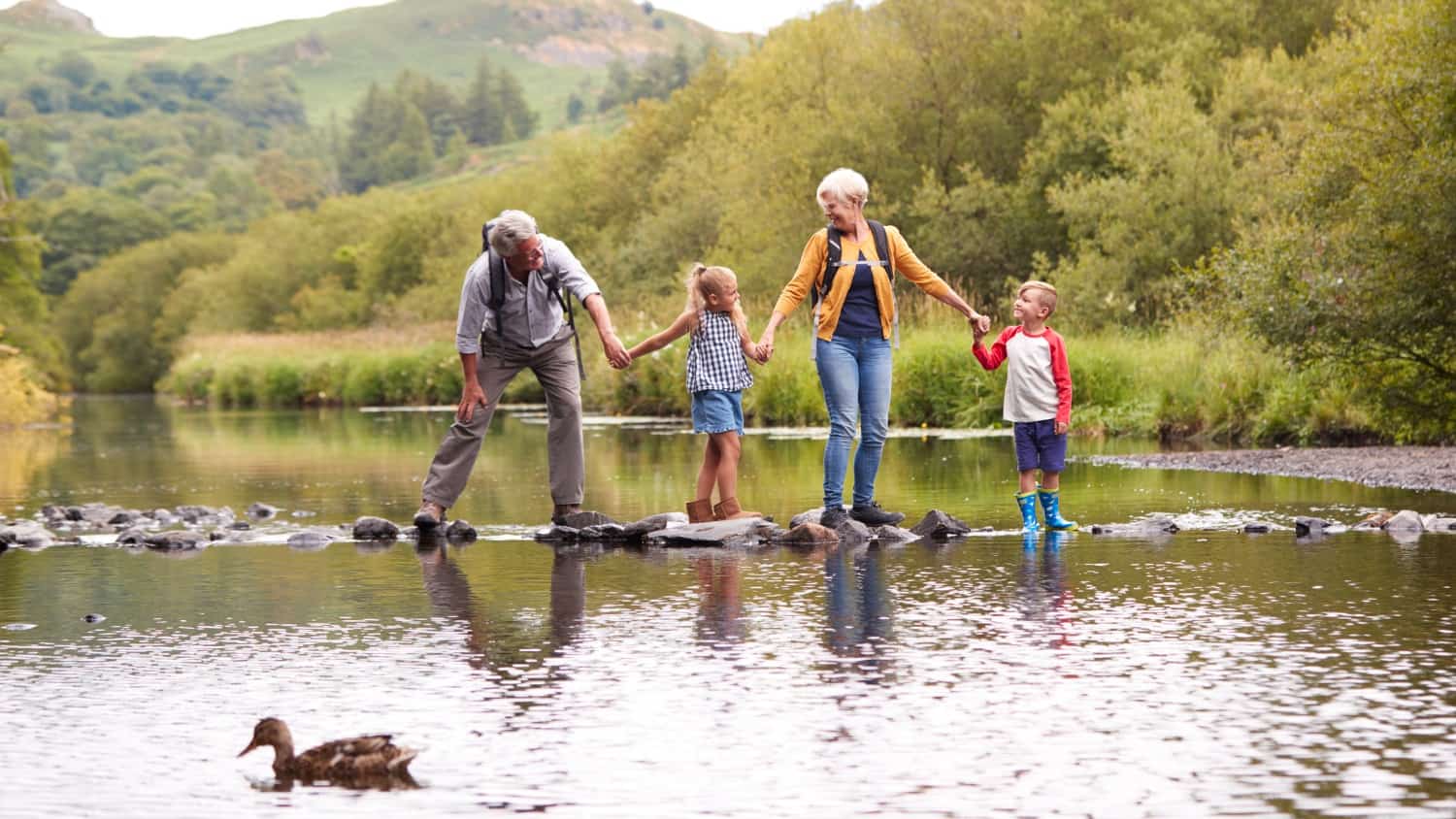 The definition of skip-gen travel is simple: grandparents traveling with grandkids without the parents along (i.e., skipping the “middle” generation).

Why is it becoming so popular? That’s simple, too: it’s the perfect win-win-win situation!

#1: Grandparents get to spend precious time with their grandchildren – bonding in a special way is not always possible with the parents along.

#2: Grandchildren benefit from the extra special attention (and a little bit of spoiling?) that grandparents are so well known for.

#3: Parents get a break from child care – maybe to take a vacation of their own to re-charge?

A Boom of Baby Boomer Grandparents

First of all, there are just so many more grandparents around. It is no secret that baby boomers are entering retirement in record numbers: an average of 10,000 every day! And that retirement phase they are entering? It’s likely to stretch out much longer than for retirees in the past. The average person retiring at age 65 or 66 today can expect to spend about 20 years in retirement.

What’s more, Social Security reports that 57% of retirees choose to retire even earlier than full retirement age. That’s a lot of retirement years! After good health and financial security, two things frequently cited as being very important to retirees are: time with family and opportunities to travel. What then could be better than combining the two with skip-gen travel?

Conversely, there are fewer grandchildren divided among all those grandparents. Large families used to be the norm, but no longer. Why does that matter? Well, first of all, most grandparents aren’t likely to plan a trip with four, five, or six grandchildren in tow. (There are exceptions, including yours truly – but I’m pretty intrepid, or maybe foolish!)

When there are fewer of them, grandparents can lavish more time, attention, and disposable income on each grandchild. It’s just a matter of math – and energy!

Having a grandparent take a child on vacation during the summer or a school holiday can be a tremendous help with childcare logistics and day care costs. And whether they use the time to work, relax, or plan a getaway for themselves, the break from 24/7 childcare can be a much-needed boost. (We all know it’s true!)

In our mobile society, it is not uncommon for grandparents to live in a different city or even a different state (sometimes a different country?) from their grandchildren.

Grandparents may only see their grandchildren several times in a year, generally at busy times such as holidays when it may not be easy to spend quality or one-on-one time with each grandchild. (I speak from experience!) Grandparents can often be heard expressing a longing to bond with their far-flung grandchildren.

Grandparents also tend to be healthier and more active today than grandparents in previous generations. Definite pluses when traveling!

One recent article about skip-gen travel mentioned an additional factor I had never considered, but it does make sense: grandparents today have more experience planning trips.

Many of them took their children on summer vacations – camping, theme parks, educational trips. Now that their own children are grown, they are ready to put all that knowledge and experience to good use with the next generation!

We Simply Love and Need Each Other

I have saved the most important reason for skip-gen travel for last. Grandparents and grandchildren need each other. There are actual physical and mental health benefits for both. More than one study has shown the benefits children gain from spending time with their grandparents. Other studies have shown that grandparents actually live longer if they spend time with their grandchildren!

Skip-gen travel looks like it is here to stay. And thank goodness, because there are so many exciting possibilities! Speaking from experience, the skip-gen trips I have taken with my nine grandchildren over the past half-dozen years have been some of the most enriching experiences of my life!

4 Ways to Pamper Yourself in Retirement without Breaking the Bank