Home Lifestyle Why Tai Chi is Amazing for the Health and Happiness of Older... 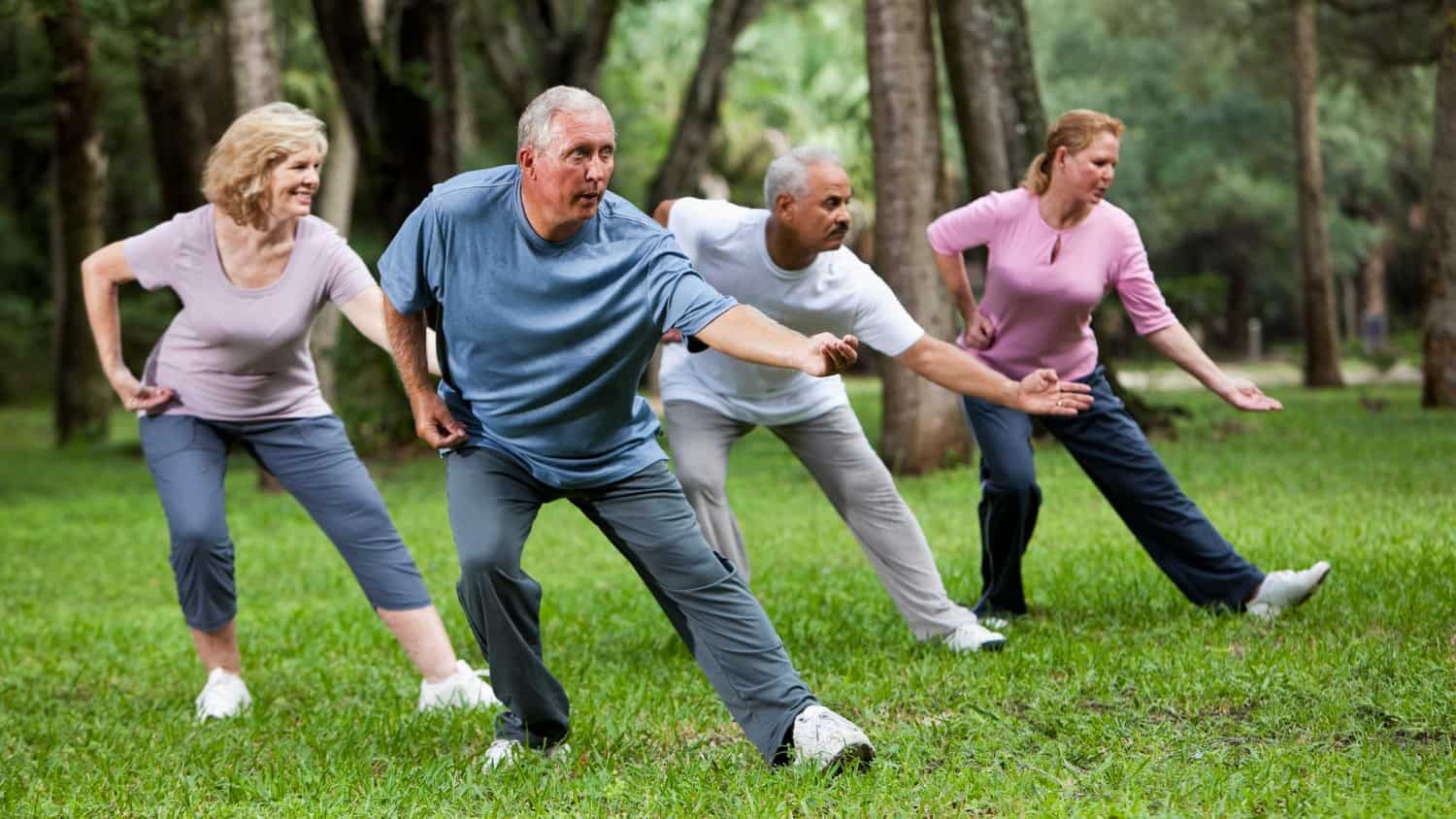 I have a confession to make.

Based on the science, for years I
have been recommending Tai Chi to my patients without ever doing it myself.

To avoid being a hypocrite any
longer, I decided to attend my first ever Tai Chi class. The class was a free
one set in a large open square. My first impression was just how warm and
welcoming everyone was. Despite my initial apprehension about trying something
new, I immediately felt at ease.

Tai Chi is a form of Chinese moving
meditation that has been practiced for hundreds of years. It is based on the
concepts of promoting the flow of Chi, or energy, and balancing yin and yang.

Tai Chi is a form of graceful
movement that is gentle and non-competitive. Movements are slow and focused,
and accompanied by deep breathing.

The great thing about Tai Chi is that
is has wide-ranging benefits, including balance, pain and stress management.

A key element of Tai Chi is that it
involves unilateral weight bearing and weight shifting, which means it provides
a challenge for balance, hence it can help decrease the risk of falls.

In one study, people who had already
had a fall were assigned to either Tai Chi or a mixture of aerobic exercise and
strength training or stretching.

After six months, both the exercise
group and Tai Chi group had a lower risk of falls, but even compared to
exercise, Tai Chi was the most effective way to prevent falls.

Tai Chi also has a role in managing
chronic pain. Two studies have been done with people who have fibromyalgia, which is a complex
disorder characterized by chronic widespread musculoskeletal pain, fatigue, and
sleep disturbance.

People with this condition often
describe brain fog and a generally low sense of well-being. The participants
were assigned to Tai Chi classes or to guided exercise. Those who took Tai Chi
had a significant reduction in pain at six months, as well as an improved sense
of well-being.

The question is, why does Tai Chi
have such wide-ranging health benefits?

One of the most important benefits of
exercise in general is that it is good for mental health. Tai Chi is no
different as it benefits people who struggle with depression, anxiety, and
stress management.

In any form of exercise, we release
neurotransmitters, which are our brain’s chemical messengers, that are associated
with improved mood.

There is also some fascinating
evidence that exercise modulates our immune function, and since higher levels
of inflammation are associated with depression, this might be a key mechanism
of action.

Since Tai Chi is a true mind-and-body
intervention, it helps people to practice concentration.

The slow sequence of movements is
obviously physical, but it takes significant focus to be able to do this. This
can create a state of flow, or intense and focused concentration with a loss of
self-consciousness. In a world full of distractions, this can be a welcome
break for our minds.

As I worked on mirroring the
instructor’s slow and controlled movement, I could certainly feel the cognitive
challenge as well, and since any form of cognitive challenge is good for our
brains, it’s highly plausible that Tai Chi could be good for preserving brain
power as well.

Tai Chi is a low impact exercise and
doesn’t need any special equipment. There are group classes available, but it
is also something that you can do at home with an online video.

If you are interested in learning
more, please visit Project 3-6-12 to get your free e-book and learn
about our online women’s health course.

What exercise practices
have you tried? Is Tai Chi among them? How does exercise benefit you
personally? Please share in the comments below.